SO MUCH FOR BUCKINGHAM was written to mark the remarkable discovery of the bones of King Richard III under a municipal car park in Leicester. It was originally staged in a wonderfully acted script-in-hand performance at WriteOn in Cambridge; a different production of it then went into the 2015 Sawston Drama Festival, where it won awards for Best New Play, Best Actor, Best Actress (Sabrina Poole) and won First Prize in the festival itself.  In 2016 it was performed at Anglia Ruskin University in conjunction with AN INCIDENT ON THE LINE.

SO MUCH FOR BUCKINGHAM is my riposte to the over-enthusiastic response of Richard’s modern-day ‘Ricardian’ fans to the discovery of his bones. For some reason, otherwise sane people get obsessed with the idea that, because Shakespeare overstated Richard’s character for propaganda purposes in his play (a point that no-one denies), the real Richard must therefore have been a saintly character, innocent, above all, of the murder of the famous ‘Princes in the Tower’. In fact, the overwhelming consensus among historians of the period is that he did order their murder, but his supporters come up with ever-more ingenious, and ever-more unconvincing arguments as to why they are convinced that this ‘anointed King’ (as they invariably call him) didn’t do it, couldn’t have done it, couldn’t have brought himself to do it, would never have dreamt of doing it, needn’t have done it because it wasn’t in his interest to do it … and so on and on and on. The truth of the matter is that it was in his interests and in his nature to kill anyone who stood in his way, as his numerous other victims (always conveniently ignored by the Ricardians) can testify. The Yorks were an ambitious and brutal family, who murdered their way to the top and carried on murdering to stay there.

So I imagined a confrontation between Richard and one of his Ricardian admirers. In the play, Alison, an enthusiastic Ricardian, creeps to the car park site late at night to commune with her hero – this is the sort of thing that does indeed happen in graveyards and at archaeological sites.  Sure enough, she encounters Richard’s ghost, but then things do not go at all as she had envisaged….

ALISON:    Yes. He has cerebral palsy. He needs round-the-clock care. He has a live-in carer.

RICHARD:  You don’t look after him yourself?

ALISON:    I don’t have a partner. He starts at Special School in September. In our time, women go out to work.

RICHARD:  So you work to earn the money to provide the care you would give if you didn’t work? You are a curious mother.

ALISON:    That’s a very male way of putting it.

RICHARD:  I am very male.

ALISON:    Then you will find this world very changed. In our time women are independent.

RICHARD:  Independent? Well well. And are you independent? Mistress Alison?

RICHARD:  I don’t see an independent woman before me. I see a woman who is utterly dependent. On this carer, this nursemaid who substitutes as mother to your son.

RICHARD:  Really? I wonder if your boy would agree?

ALISON:    Well, at any rate, now you see why I don’t like to label the disabled. Even when they do it to themselves.

RICHARD:  You see your son in me, I think.

ALISON:    It gives me an empathy with you. A sympathy.

RICHARD:  And why should I want your sympathy?

ALISON:    We all need sympathy sometimes. (Pause) Tell me, I’m curious. How did you know the play? You quoted it, didn’t you?

RICHARD:  How could I not know it?

ALISON:    Some versions are even worse, you know.

ALISON:    There was a writer – in the eighteenth century, I think – anyway, he used to take Shakespeare’s plays and add little bits to them, to spice them up. He’d add silly lines, like “Off with his head!” and “So much for Buckingham.”

RICHARD:  I did execute Buckingham.

ALISON:    Not like that you didn’t, without a second thought. And anyway, he deserved it. He betrayed you.

RICHARD:  Would you have killed him?

ALISON:    I can’t say. We don’t do that sort of thing any more. I don’t know what I’d have done. I’d have given him a fair trial, though.

RICHARD:  He led a rebellion against me in league with my enemies. Of course he was guilty. What need is there for a trial?

ALISON:    Everyone has the right to a trial. Even in your day. It’s in Magna Carta.

RICHARD:  You don’t still have that, do you?

ALISON:    Of course. It’s the foundation of all our civil liberties.

RICHARD:  Civil liberties, eh? Well, well. Then tell me, would you still have killed him? After his trial?

ALISON:    I don’t know. It’s not fair to ask me. I don’t actually believe in Capital Punishment.

RICHARD:  Then why did you say he deserved to die?

ALISON:    In your time he did. Maybe not in ours.

RICHARD:  Then you do believe in capital punishment. As long as someone else performs it.

RICHARD:  I don’t say it’s fair; I just say it’s true. And you’re right: he did deserve to die. And I didn’t give the matter too much thought. I think your playwright got it right.

RICHARD:   How will you proclaim to the world that I am a wronged man?

ALISON:     We’re already doing it, don’t you worry. Books, articles, we’ve got a good website – that’s, er, oh never mind – and we’ve been getting plenty of exposure on television. That’s a sort of theatre.

ALISON:      That you were a soldier, a great soldier.

RICHARD:    So you said. I wonder how you know.

RICHARD:     And has your study by any chance shown you a man with his head smashed in?

RICHARD:     I don’t mean an accident. I mean a man whose head has been smashed to a pulp by a wooden club. His brains showing through the crack in his skull, blood pouring down his body like water from a jug. Or maybe you have seen a blade slice through a man’s eyes? And heard his screams. Do you know what a halberd is? Do you know what it can do to the human body? I hope you don’t, for your sake.

RICHARD:     They were beyond even your colourful imagination.

RICHARD:      Would you have inflicted them?

RICHARD:      Then be more careful with your words. Because that is what your “great soldier” does. Nothing else. He kills as quickly as he can, before the other man can hit him. Aim at the eyes, the skull, the groin. Drive your dagger through his temple, into his throat – any part of his body you can get at. That’s what I was good at. And I was very good. But you know what, Alison of the Ricardians? When I died and passed into the life beyond, I met the souls of those I had killed. And we none us spoke of great soldiers. We left that to people like you.

ALISON:        Even so, you were a hero on the battlefield, whatever you might say.

RICHARD:      Whatever I might say? So you know me better than I know myself?

ALISON:        I know more than you might think. I know your life story, I know what you did and what you didn’t do.

RICHARD:      Why, Alison of the Ricardians, you are a walking chronicle. An oracle.

ALISON:         Yes it is. There is no evidence whatsoever to suggest that you did.

RICHARD:       And what evidence were you looking for? A signed order? A payment note for the murderers?

ALISON:        I think you looked after them, and then when you were dead, and Henry Tudor became king, he had all possible rivals put to death in secret. I think he killed the princes.

RICHARD:     And this is what your Ricardians do, is it? Work out these theories?

RICHARD:     The truth? You set your sights very high.

ALISON:        We have been fighting for years, for years, to tell the world the truth about you. That you were a good king, a good ruler, a brave and chivalrous man. And no murderer. But no-one would listen. They said we were amateurs, that we were romantics, that we were wasting everyone’s time. But we proved them wrong. We tracked you down, Richard. Bit by bit, piece by piece, we worked out where you were buried and we got it down to this place. And I stood on this spot, and I closed my eyes, and I tried – I really tried – to send a message to you, to let you know that help was coming. That your friends had found you. And then they started digging, and my heart was in my mouth, and I watched, helpless, as they dug deeper and deeper, so carefully but oh, so slowly. And then they said they had found human remains. They were being very cautious, not saying anything definite until they’d taken it back and tested it, but I knew – I knew it was you. I just let out a whoop and I didn’t care what anyone thought of me, I was so happy. Because I’d found you. At that moment, I really felt for the first time that my life was complete. 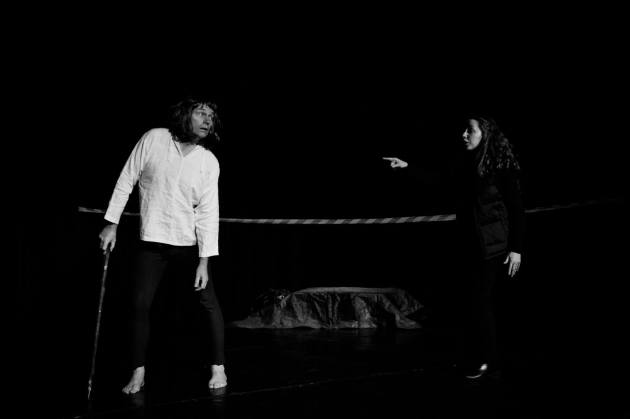 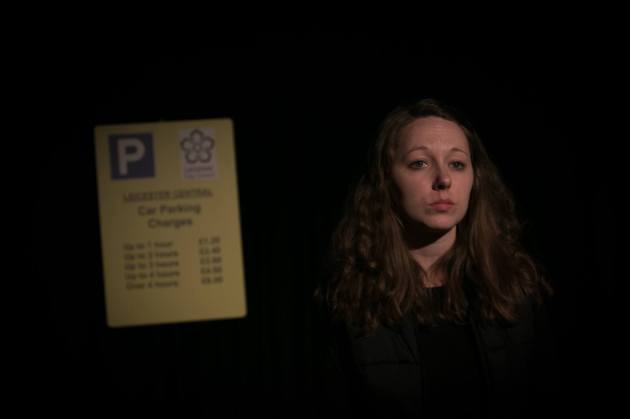