THE USUAL INCENTIVE was inspired by the story of the human rights campaigner E.D. Morel, which I first encountered in Adam Hofstaedter’s book King Leopold’s Ghost, which tells the horrifying story of Congo under King Leopold II of Belgium. This is the story that lies behind Joseph Conrad’s Heart of Darkness, but, to my bemusement, I have found that not only have English students studying Conrad never heard of the Congo atrocities, but all too often it is also news to their teachers. Yet to study Conrad without knowing anything about what happened in the Congo is like studying The Diary of Anne Frank in total ignorance of the Holocaust.

Briefly, King Leopold managed, by some astute diplomacy, to get the go-ahead from the other European states, for him to take possession of a vast area of central Africa along the river Congo. He employed the explorer Henry Morton Stanley to establish his claim to the land from the local chiefs on the ground, mainly by a show of armed force followed by getting them to make their marks on pieces of paper (these being people who had never seen paper before). The paper turned out to be an agreement handing their territory and people over to King Leopold, whose men then set to, taking the land over and forcing the people to work gathering copper and especially rubber for the personal profit of the king. Leopold called his African possession the Congo Free State but in reality it was a vast slave labour camp.

The remarkable thing is that he managed to keep this secret for so long, convincing the rest of the world that he was in fact a philanthropist and a campaigner against slavery. Morel was a middle manager for a British shipping company which handled shipments between Belgium and Congo. His curiosity was aroused when he realised that, although there were plenty of shipments of goods arriving in Belgium from Congo, there was hardly anything going the other way. How, he wondered, was all this imported produce being paid for?

In the play, I have created the character of Edmond Fabre, like Morel French by origin, and his wife Ginny. A central aspect of the story is the couple’s Christian faith – they are first guided towards the story by their local minister, Mr Daunt, who has first-hand experience of the Belgian regime in Congo. However, religious faith is extremely difficult for many modern actors to explore, living as we do in a largely secular, post-Christian society. I have often find that, at least with young actors, the instinctive way to approach religious feeling is to caricature or satirise it. In rehearsal, therefore, I stressed the importance of playing the roles absolutely straight; these are people for whom faith is as normal and everyday a part of their lives and discourse as their work or what’s in the shops that day.

Like Morel (and like the central theme in PAPER TRAIL), Fabre finds the terrible truth through the apparently dull paperwork in his own briefcase. The full horror is revealed, however, by Mr Daunt, as he recounts a conversation he had in Congo with a Belgian officer, Captain Ronan. It is this that finally convinces Ginny to put her own aspirations for a family life to one side and to join in with Edmond in a campaign to expose and end what is happening in Congo.

The full text of THE USUAL INCENTIVE is published in Dramatic Shorts Volume 1, edited by James Quince.

A review of the original production, which was put on in conjunction with THE NECESSITY OF ATHEISM, appears here.

DAUNT:          If it were within my power, Mrs Fabre, I would be on the next boat. There is a great work that needs doing there. But alas, it cannot be.

DAUNT:          The Lord’s message must fall on thorny ground as well as good, Mr Fabre. You will not find ground much thornier than the Congo Free State.

GINNY:          Do you mean it is hard to convert the Africans? Are they very resistant to the Gospel?

GINNY:          Then why is the land so difficult for missionary work?

GINNY:          But surely the King’s rule is a blessing? Does he not encourage the Missions? I have read of all his work to combat the slave trade.

DAUNT:          If you have read about it, Mrs Fabre, then I’m sure it must be true. And now, I must ask you to excuse me. I have the afternoon service to take and there are a few references in my sermon I want to verify. The congregation probably wouldn’t notice, but I strive for perfection in the Lord’s work, just as he did. I must thank you both for a delightful lunch.

GINNY:          Mr Daunt, you didn’t seem surprised that the captain had a bagful of bracelets. I’m curious to know why.

DAUNT:          The Congo is a strange land, Mrs Fabre. It does not entirely run along lines we would recognise. See, now. You both like puzzles. See if you can answer this one. The King of the Belgians receives vast cargoes from Africa, does he not? Of copper, and rubber, and ivory?

DAUNT:          Quite. Then perhaps you can tell me. How exactly does he pay for all these goods, do you think? Certainly not with money. So with what? As I say, it’s just a little conundrum that’s been puzzling me. As you will be dealing so closely with the Congo trade, Mr Fabre, perhaps you might like to think about it. Good day, Mrs Fabre.

CAPTAIN RONAN:  I’ll tell you why I stay. I’m getting the money so I can bugger off out of here. So fast you won’t even see me go. I’ve got my eye on a nice little farm down near the Luxembourg border. Fat farmer lives there now. But I’m going to buy fat farmer out and then who’s going to live there? I am. Me.

CAPTAIN RONAN:  We don’t, my friend, we don’t. But I’ve come into a little luck. The only good thing about being in this bloody place. The chance to get lucky. Get lucky and get the hell out of here.

DAUNT:          And I said something about his view not being one that many British people would share. He didn’t like it.

CAPTAIN RONAN:  Oh, you English. You think you’re so different? What the hell do you think is the point of having an empire? To get rich and get out. That’s it and that’s all of it. And it doesn’t matter if you’re Belgian or French or German or even sanctimonious English. Get rich. Get out.

CAPTAIN RONAN:  A force for bollocks. Take India. What do you think you’re doing there? Running a charity?

CAPTAIN RONAN:  Oh spare me. Tell me, English, what are you doing here? Trading in rubber. If the trade goes well, you stay. If it goes badly – or if we little Belgians boot you out on your arse, eh? – what do you do? You pack your bags and you go somewhere else. You planning to settle here? Live out your old age here? Have a family of little Congolese children? No, my friend. You’re going to make what money you can and when you can’t make any more you’ll go home. To a little farm. Just like me. So don’t tell me you English are better, more moral, more upright, because you’re not. 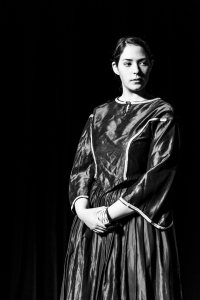 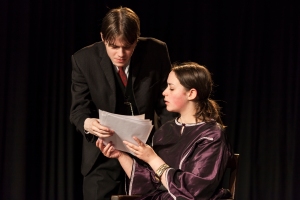